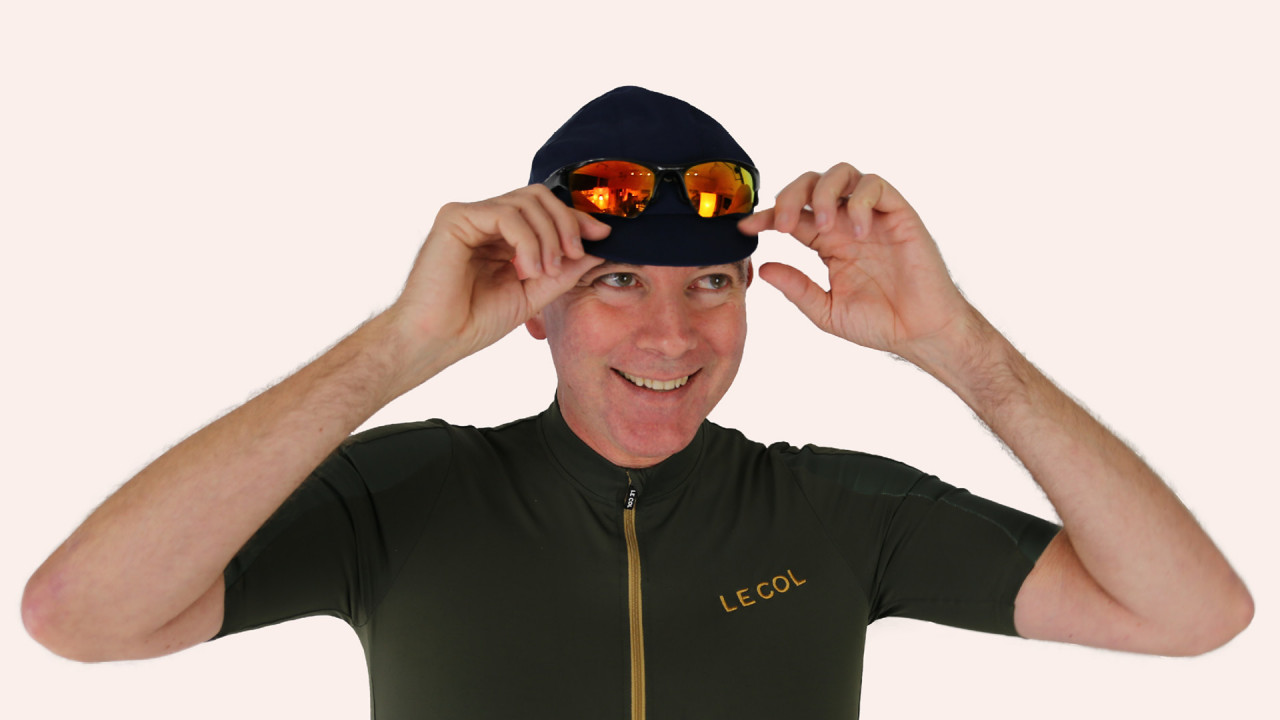 An avid cyclist who has seen massive performance improvements with Njinga

Rode across the Pyrenees

Rode from the east to the west coast of the Pyrenees with Njinga - 740km with over 11,000m of climbing in just 5 days.

Training to power has improved my cycling and motivated me to push myself further.

I've been an avid cyclist since the early 90s and over the years, I've done (quite literally) hundreds of spinning classes both in the US and the UK. So when my wife Sylvia bought me some training sessions with Njinga, I assumed they would be the same as I've always experienced.

But I was wrong: there was something decidedly different about these classes.

The numbers reveal all: I'm either stronger than last time or not. There's no guess work involved. 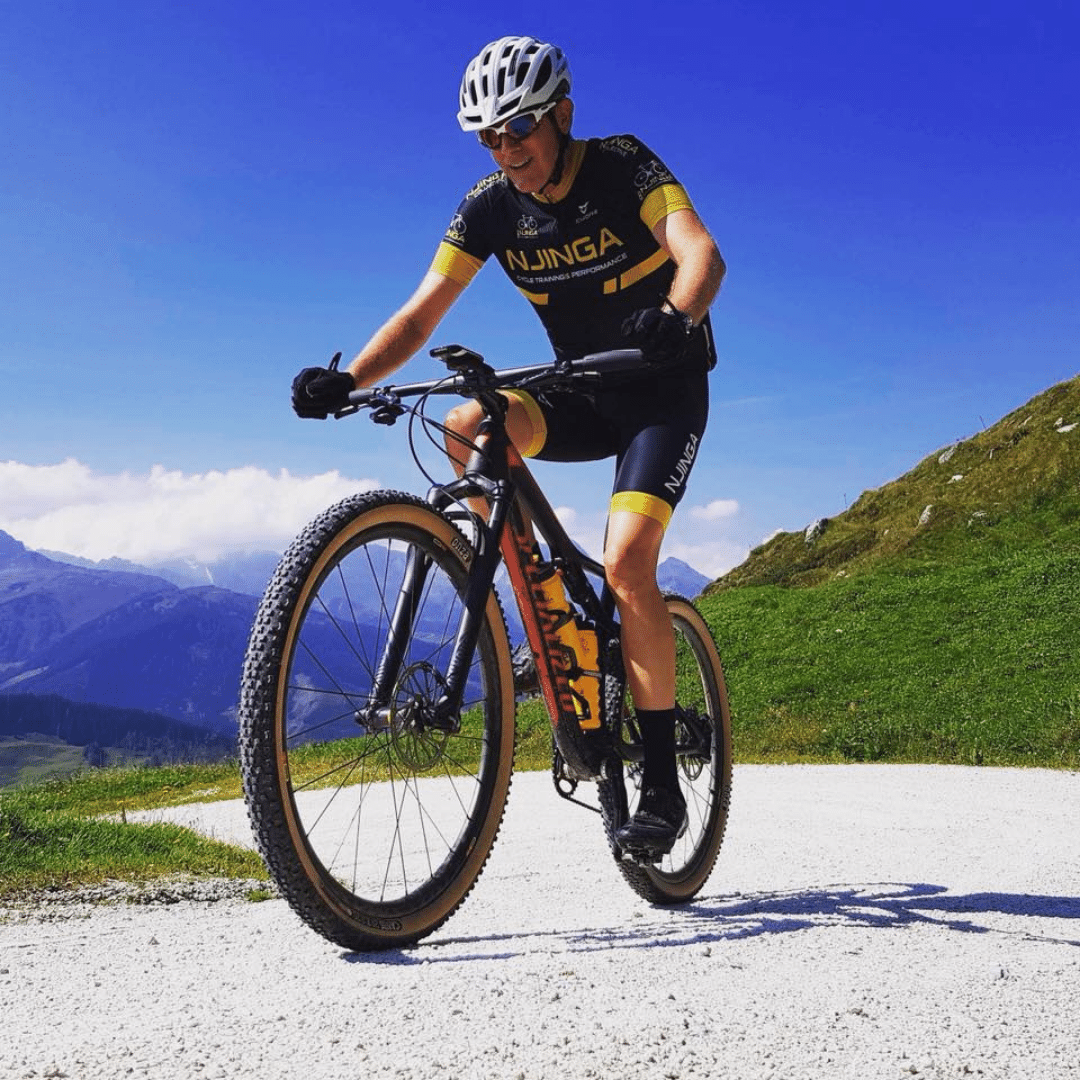 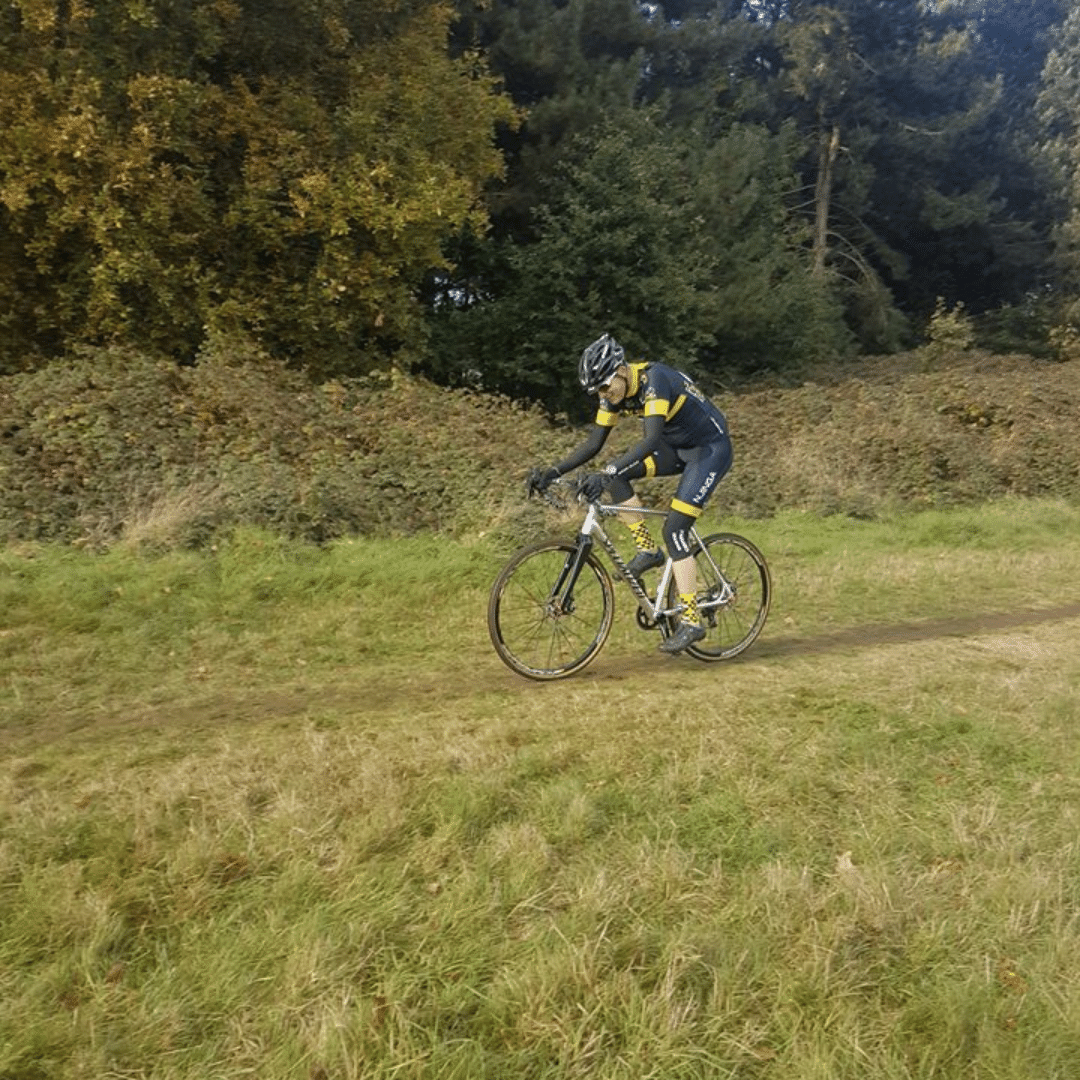 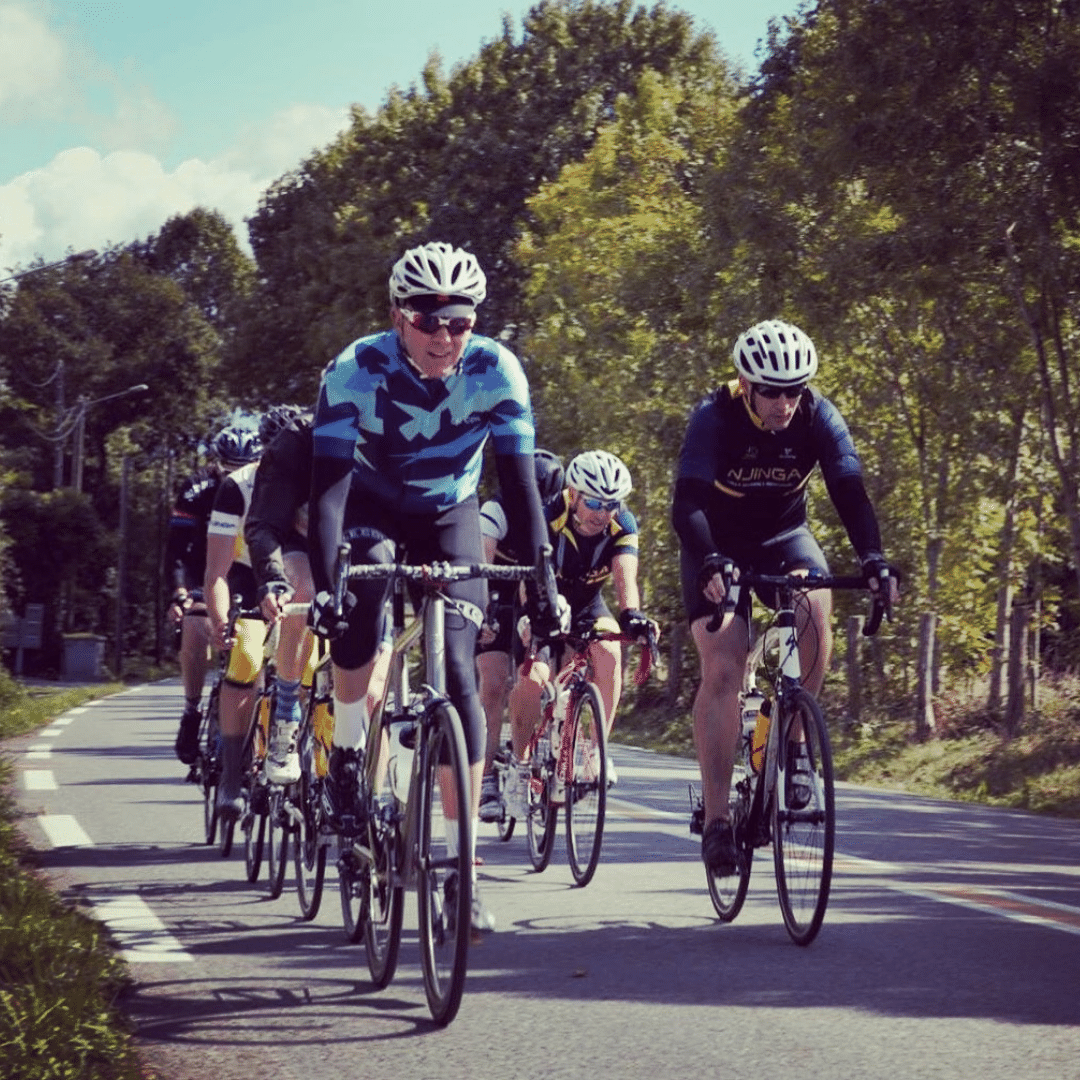 Mark on our Njinga trip riding across the Pyrenees from the East to the West coast.

Why were the Njinga classes different?

First and foremost, there was Togo who was and remains highly ranked on my list of the most driven and ambitious people I know. He genuinely believes (and subsequently exudes an inspiring energy) that he can turn casual cyclists into good cyclists and good cyclists into even better ones.
His combination of professionalism and enthusiasm makes each and every class interesting and he uses proper coaching and motivation techniques.
I thought I had plenty of good experiences in the past with spinning instructors but Togo is not a spinning instructor: he's a coach and a motivator.

Secondly: the wattbikes and the big screen filled with your and other cyclists' data. Having worked in the cycling business for awhile at this point, I knew what wattbikes were as well as the concept of training to power. But I'd never had any real interest in power measurements myself. After all, I did race a little mountain bike and cyclocross, but only just for fun. I didn't consider myself a candidate for power and thought that was just for very serious racers.

What has Njinga done for me?

I've been absolutely hooked on Njinga since my 3rd or 4th class.
Training to power has improved my cycling and motivated me to push myself further.
The wattbikes have also made my effort and progress measurable.
The numbers reveal all: I'm either stronger than last time or not. There's no guess work involved. (In comparison, traditional spinning classes at the gym are like training "blind".)

There are some evenings when the sun is out and the roads are dry but I find myself in an Njinga class rather than out on the road bike because, honestly...
I believe it's a better use of that hour or two.
What have I achieved?

I've recently done famous European sportives like L'Etape du Tour, the Grandfondo Fausto Coppi, a one-day race over 177km with 4,125m of climbing, and an Njinga-led ride across the entire length of the Pyrenees over five days. I've also continued with cyclocross and mountain bike racing as well.

I superseded my goals for all of these rides and that is all due to the work I've done with Njinga.
Though I'm still an avid cyclist – not a pro! – I've realised that through proper coaching and motivation, improvements in my cycling are both possible and worth the effort.
It's just more fun if you're fitter!

A massive thank you to Sylvia who talked me into giving it a try and to Togo, Leigh and the Njinga team for being such a fun and rewarding part of my cycling life.

Who knew I would look forward to suffering two to three times per week?! 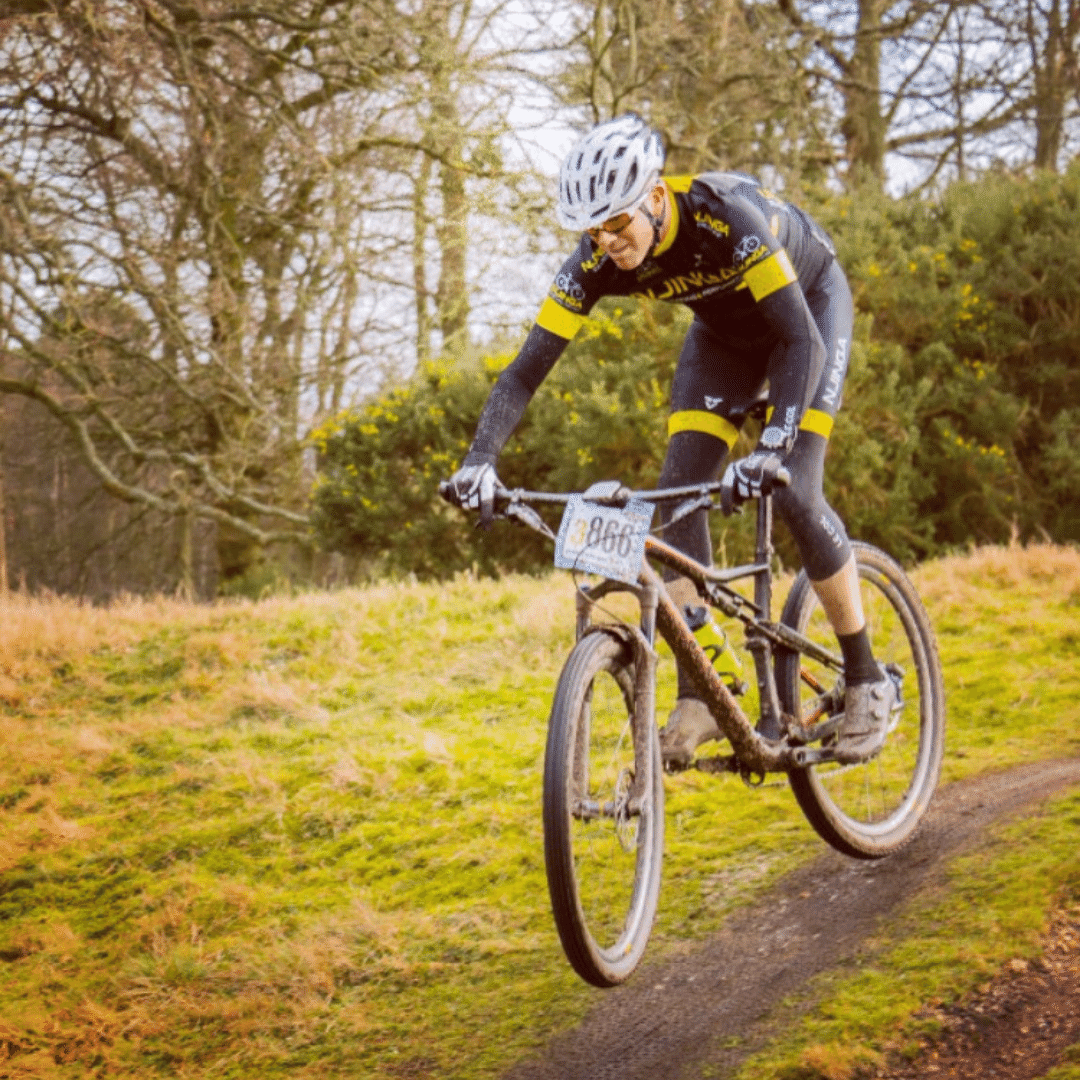 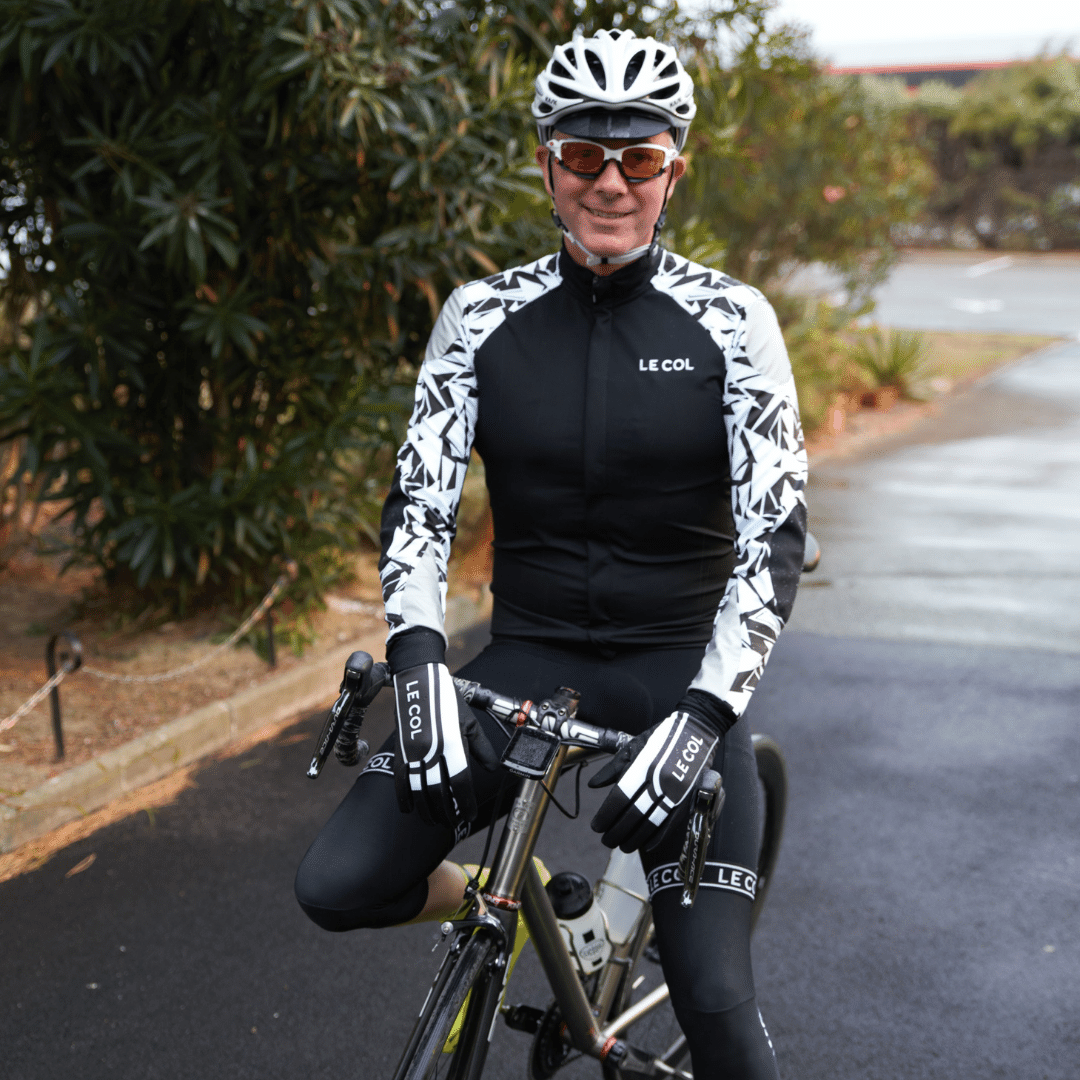 Mark on our challenge ride No.1 as we rode across the Pyrenees. 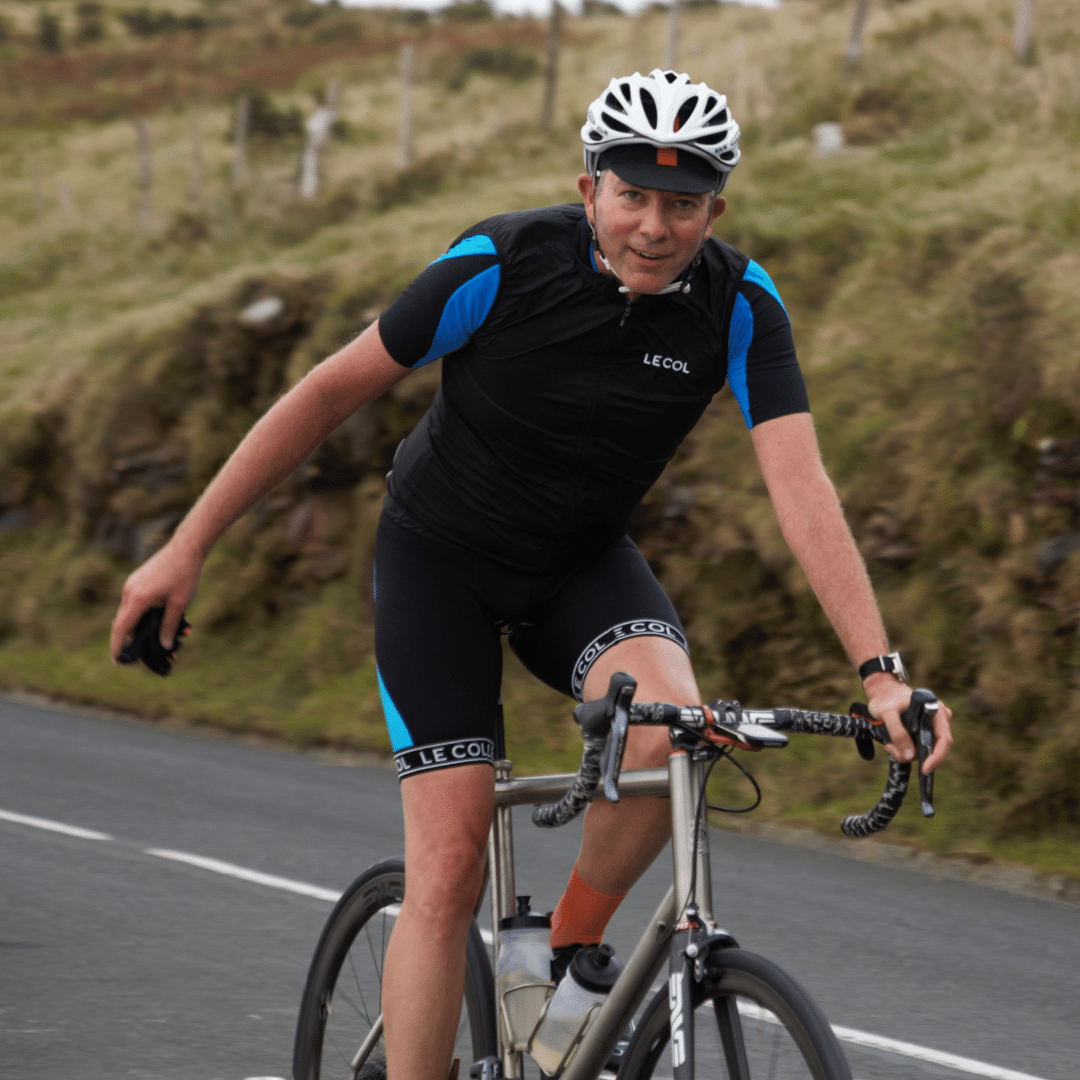 Mark on our Njinga trip riding across the Pyrenees from the East to the West coast. 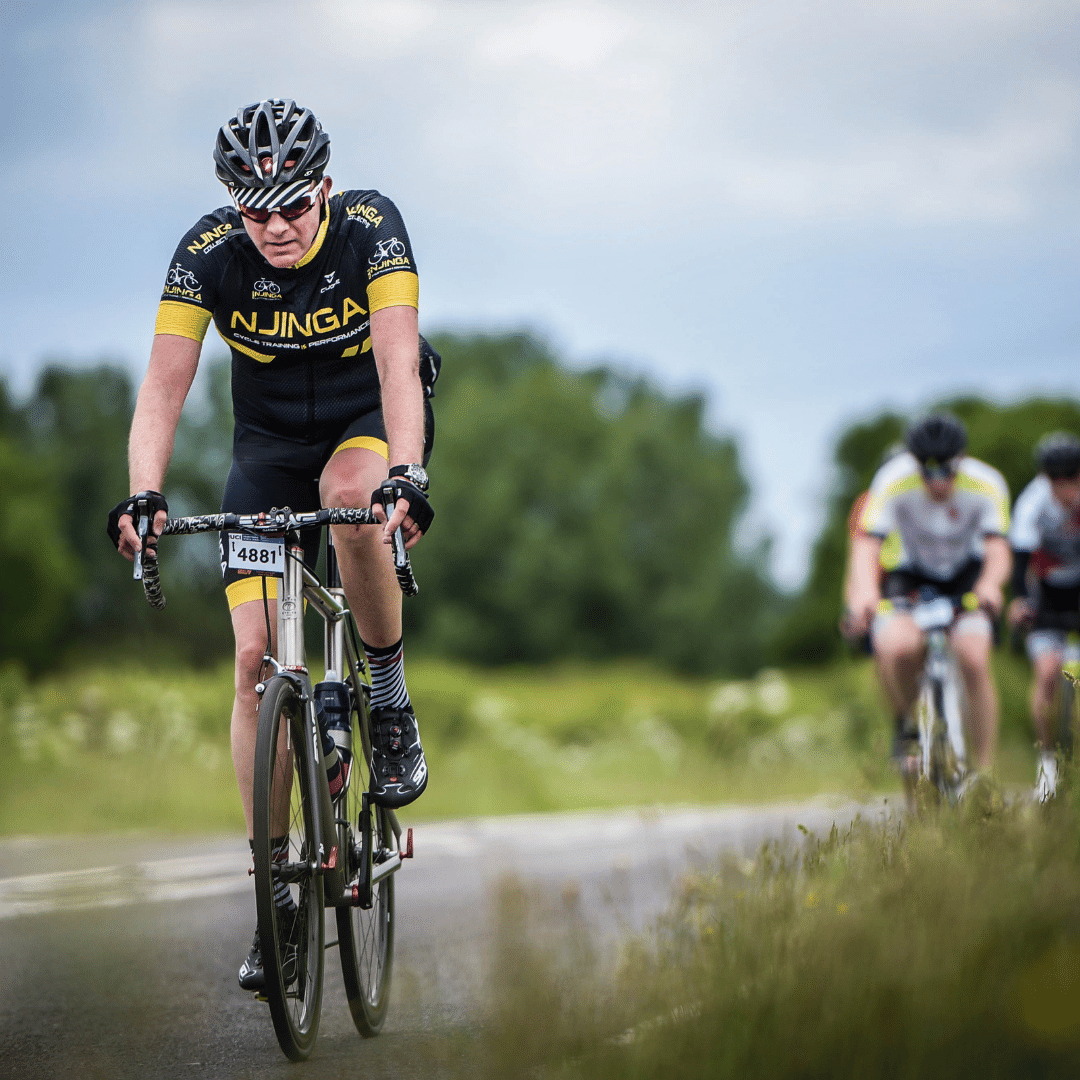 Mark competing in a road race. 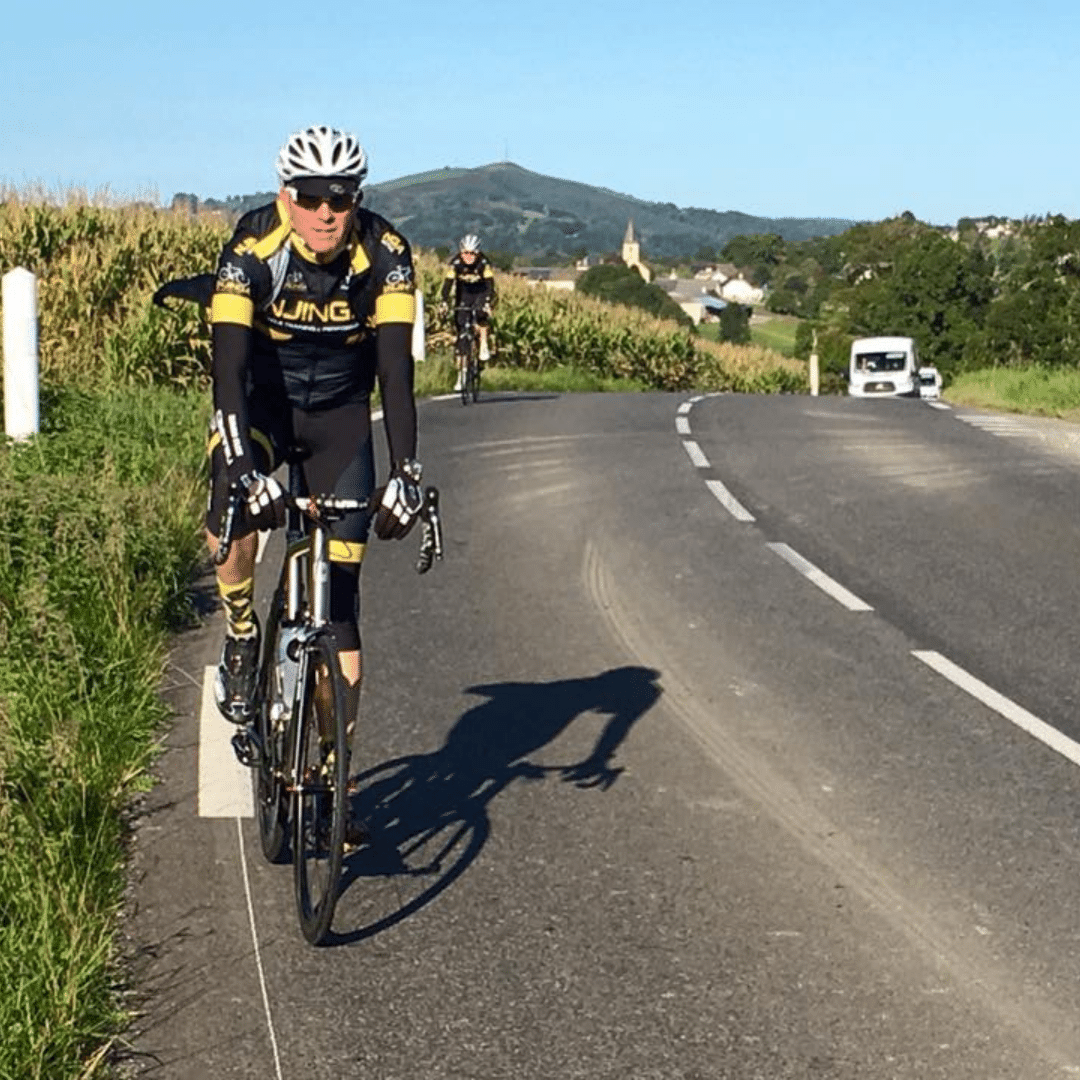 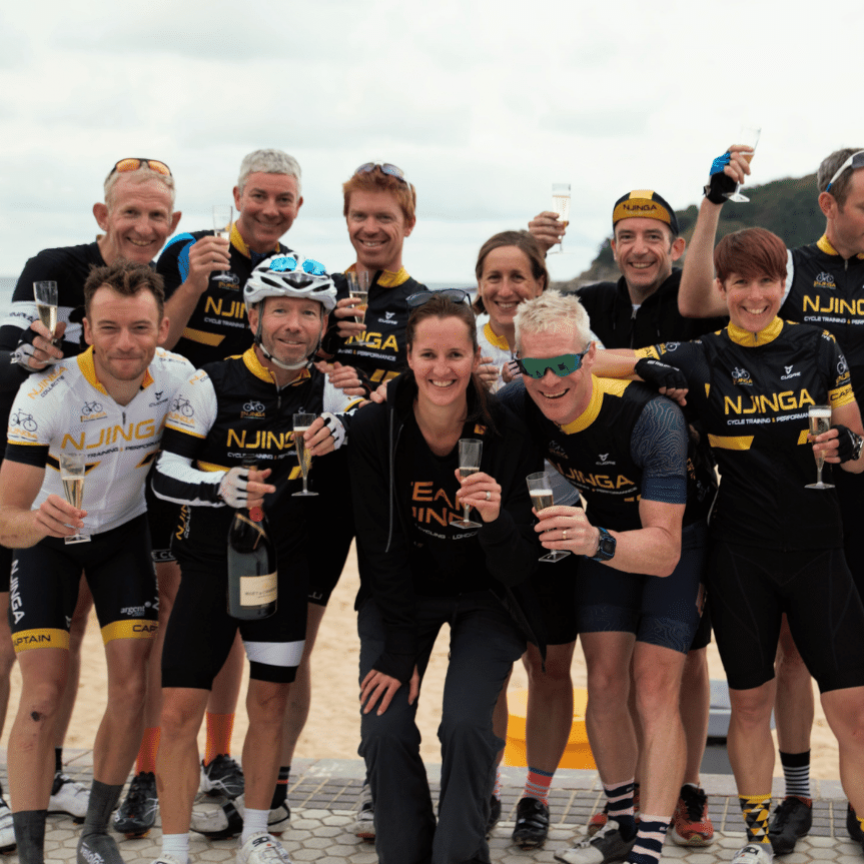 Mark with his fellow Njinga riders who all completed the challenge of riding across the Pyrenees.

Training to power has improved my cycling and motivated me to push myself further whilst the wattbikes have made my effort and progress measurable.
WHERE IS MARK NOW?