I soon learned that there were huge efficiencies to be gained in cycling by making simple adjustments to pedal technique, hamstring use, and more effective stretching and nutritional balance.

I'm relatively new to cycling. I cycled as a child, then had a 25-year break until age 39 when I decided to cycle from London to Paris for a fundraising event. I purchased a road bike six weeks before the challenge in the spring of 2016 and experienced quite a lot of "baptism by fire". But I absolutely loved every single thing about it – I was hooked!

Four months later, a friend convinced me to sign up to ride across Britain from Lands End to John O'Groats (LEJOG) in June 2017. I'd received the "recommended" training schedule but, as a working mum, I quickly realised there was no way I'd have enough hours in my week to train properly for such a challenge. It was then that someone from my local yoga class suggested I try wattbike sessions.

I also attended an eight-week group training programme where I saw my FTP score rise significantly and, more importantly to me, I saw my average speed on my rides rise by 2 to 3 miles per hour!

I had no idea what a wattbike was or how it worked, but while I was stuck in traffic near the Kingston bridge, I noticed "wattbike" written on the back of someone's cycling jersey in the window of a local cycling lab called – you guessed it – Njinga. I rang up Njinga, had a very friendly chat with someone called Leigh, and was booked into my very first class with someone called Josh!

Let it be known that Josh is a fantastic instructor and motivator as well as a great Ride Captain. He was very quick to get me setup on my wattbike and took me through a few basics like "no elephant stomping". 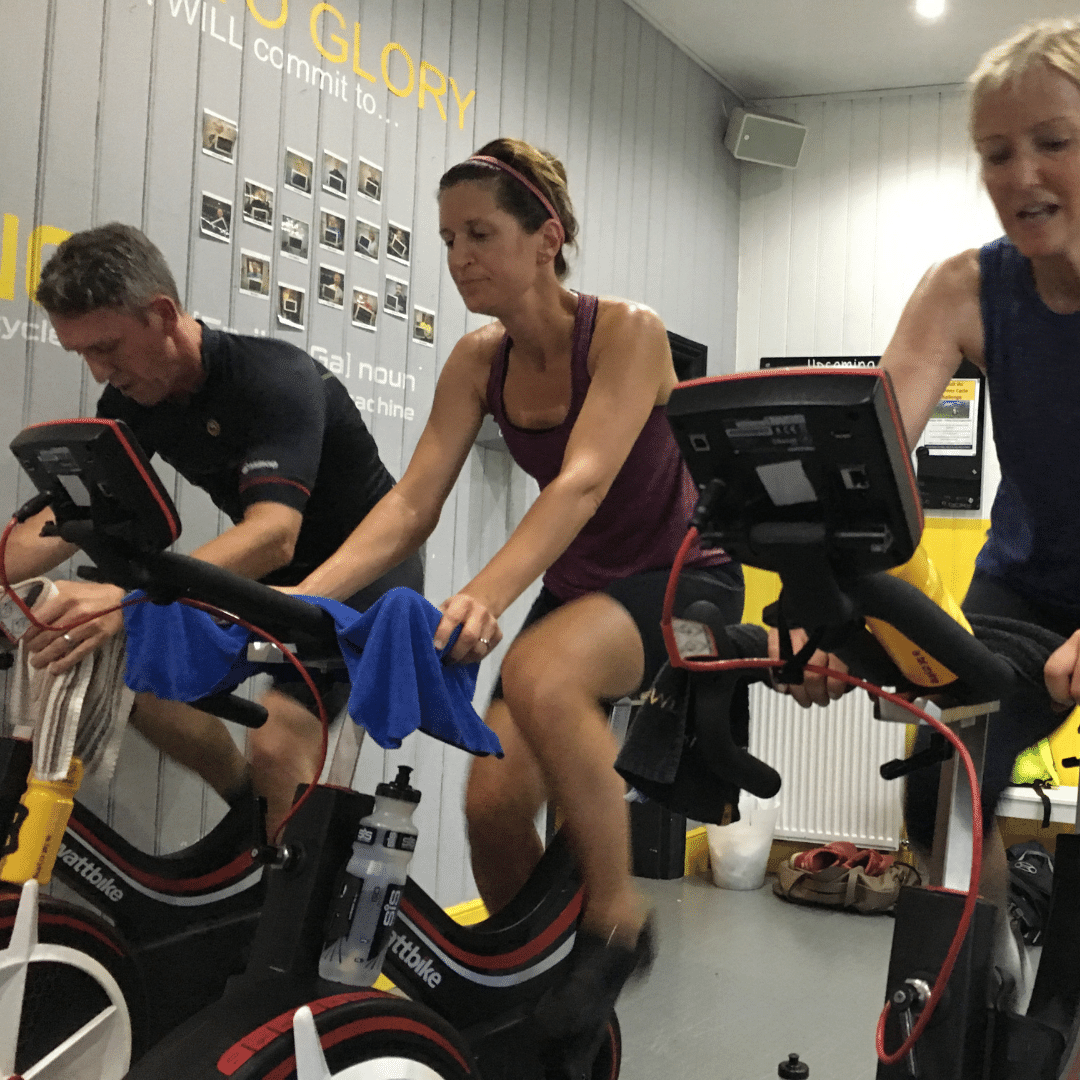 Larisa on our Tour of Cambridgeshire Group Indoor Training programme at the Njinga Lab. 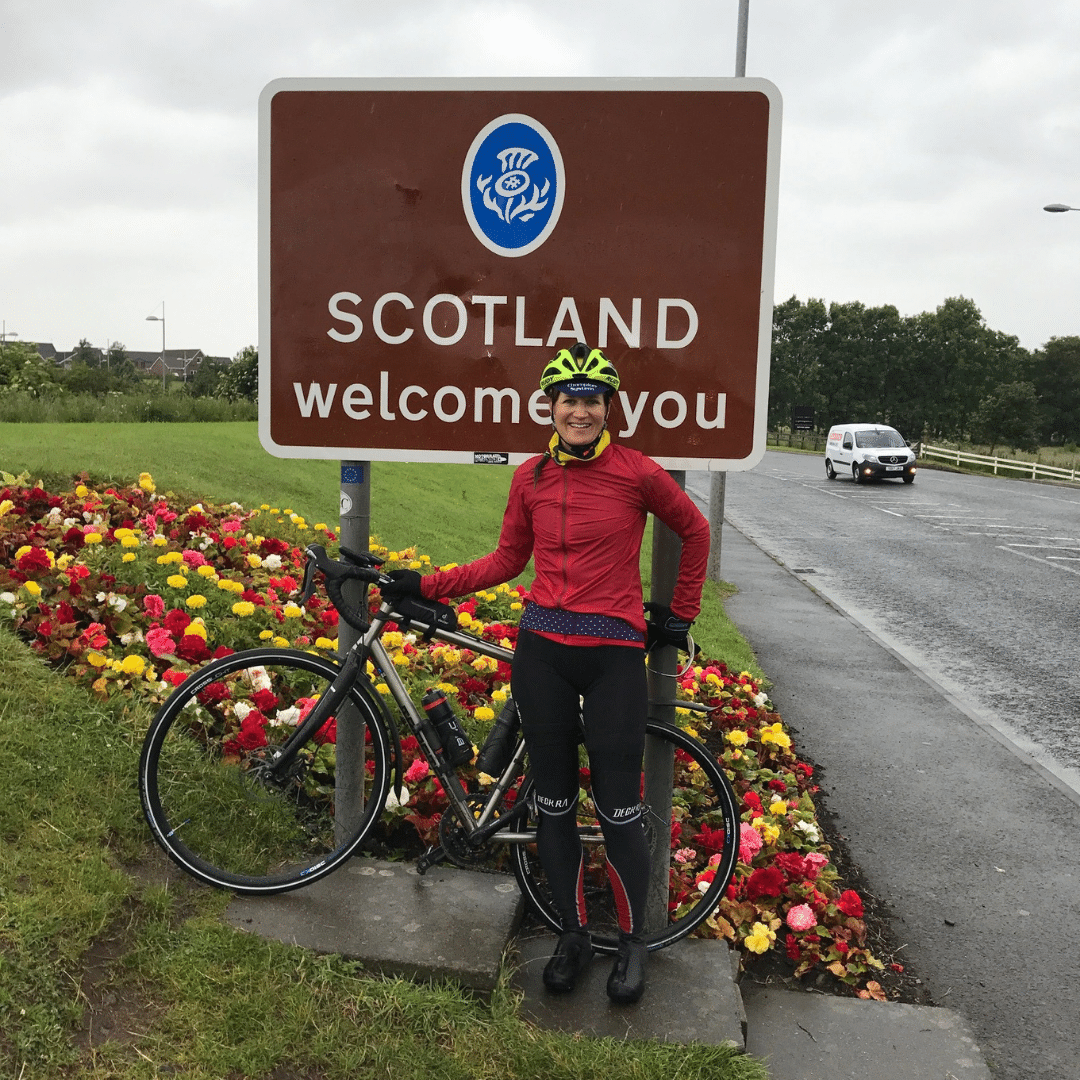 Larisa making it to Scotland on her incredible LEJOG cycling challenge. 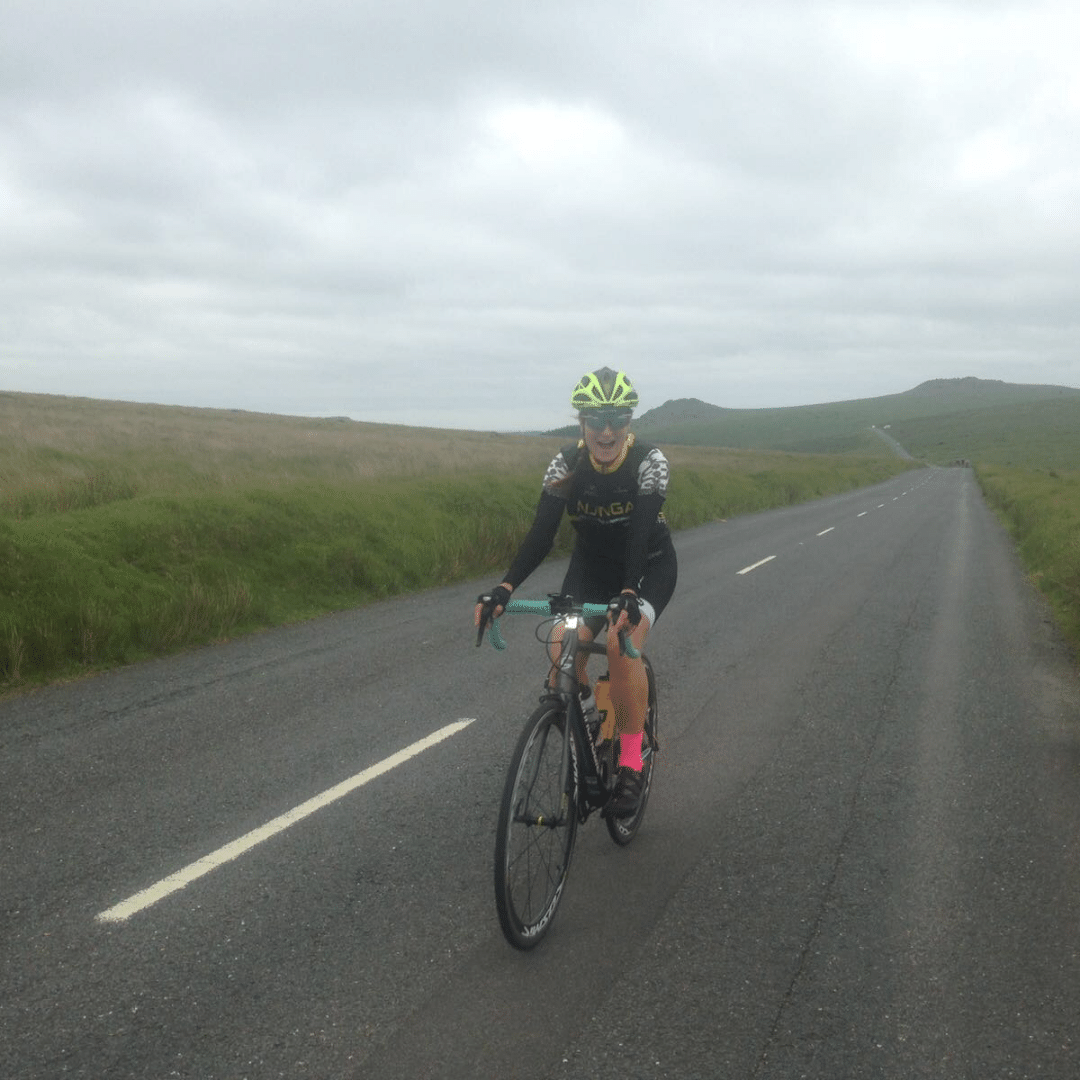 Larisa during her LEJOG cycling challenge.
.

I soon learned that there were huge efficiencies to be gained in cycling by making simple adjustments.

Simple changes to my pedal technique, hamstring use, including more effective stretching and my nutritional balance could make big differences.

With informational sessions, regular training sessions, and a few 1:1 sessions with Togo, the team at Njinga helped me learn, in bite-sized increments, all these changes.

I also attended an eight-week Tour of Cambridgeshire group training programme where I saw my FTP score rise significantly and, more importantly to me...

I saw my average speed on my rides rise by 2 to 3 miles per hour!

I also joined the Njinga Collective – Njinga's not-for-profit outdoor cycling club – and gained confidence in riding with a large group on busy roads, using hand signals, and all with a really lovely group of Njinga cyclists. I'm pleased and proud to say that in July 2017, I completed my LEJOG challenge and cycled just shy of 1,000 miles in 10 days. It was a wonderful experience and, apart from saddle sore, I felt I'd put in the right amount of training to get me across the country safely and without any muscle strain!

I really believe that the combination of training, nutritional, and recovery advice that I received from the Njinga team is what helped me achieve my Ride Across Britain goal.

I'm also pleased to say that I completed my first-ever Prudential Ride 100 in 5h35m, a goal that – one year earlier – seemed impossible to me.

Looking ahead, I'm hoping to join the 'Mad (wo)man challenge' and climb Ventoux 3 times in one day in the Spring of 2018. I would also embarrassingly, but very much, like to learn how to change a puncture on my own and in less than 40 minutes! 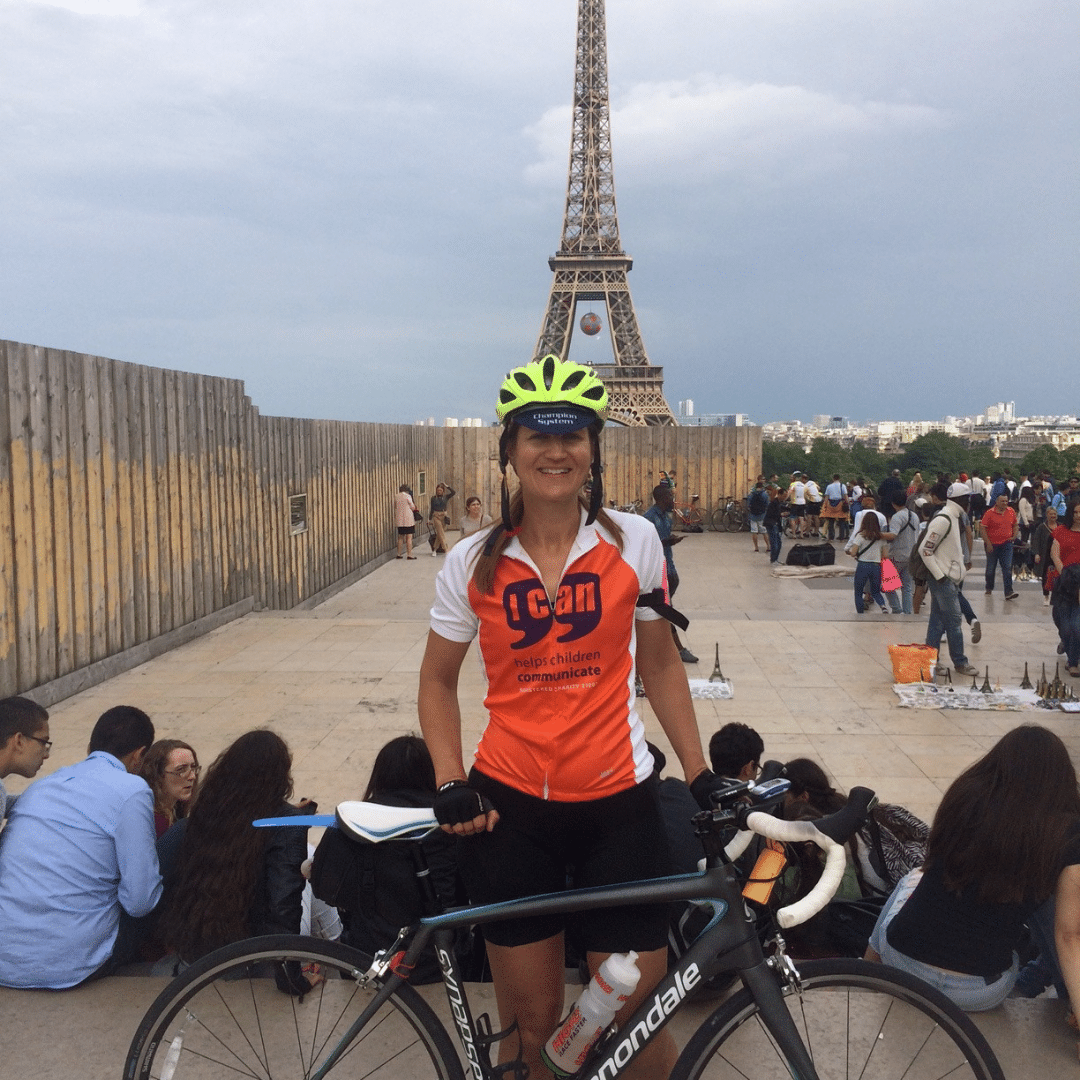 Larisa after completed her cycle from London to Paris. 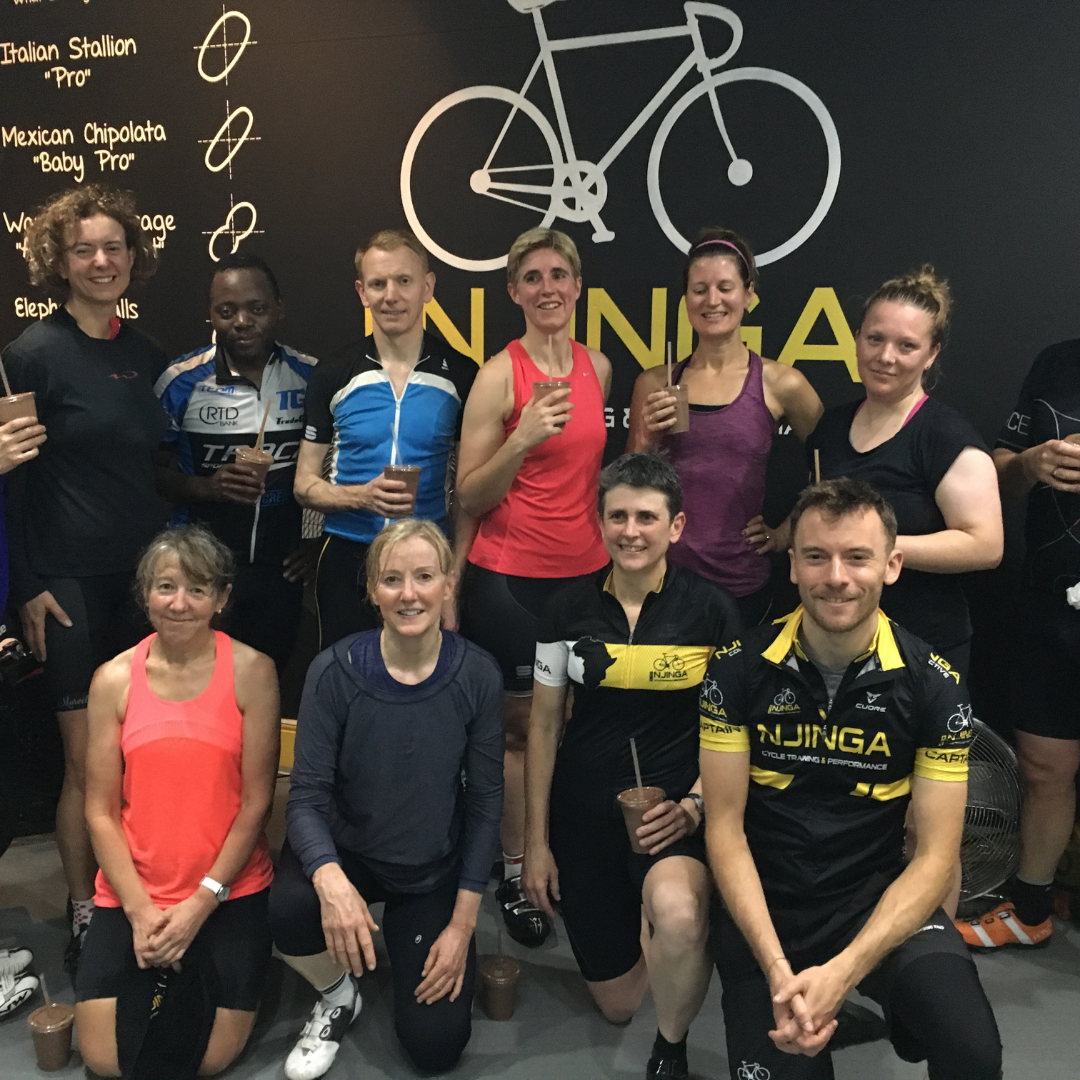 Larisa with her fellow Tour of Cambridgeshire Njinga programme riders.. 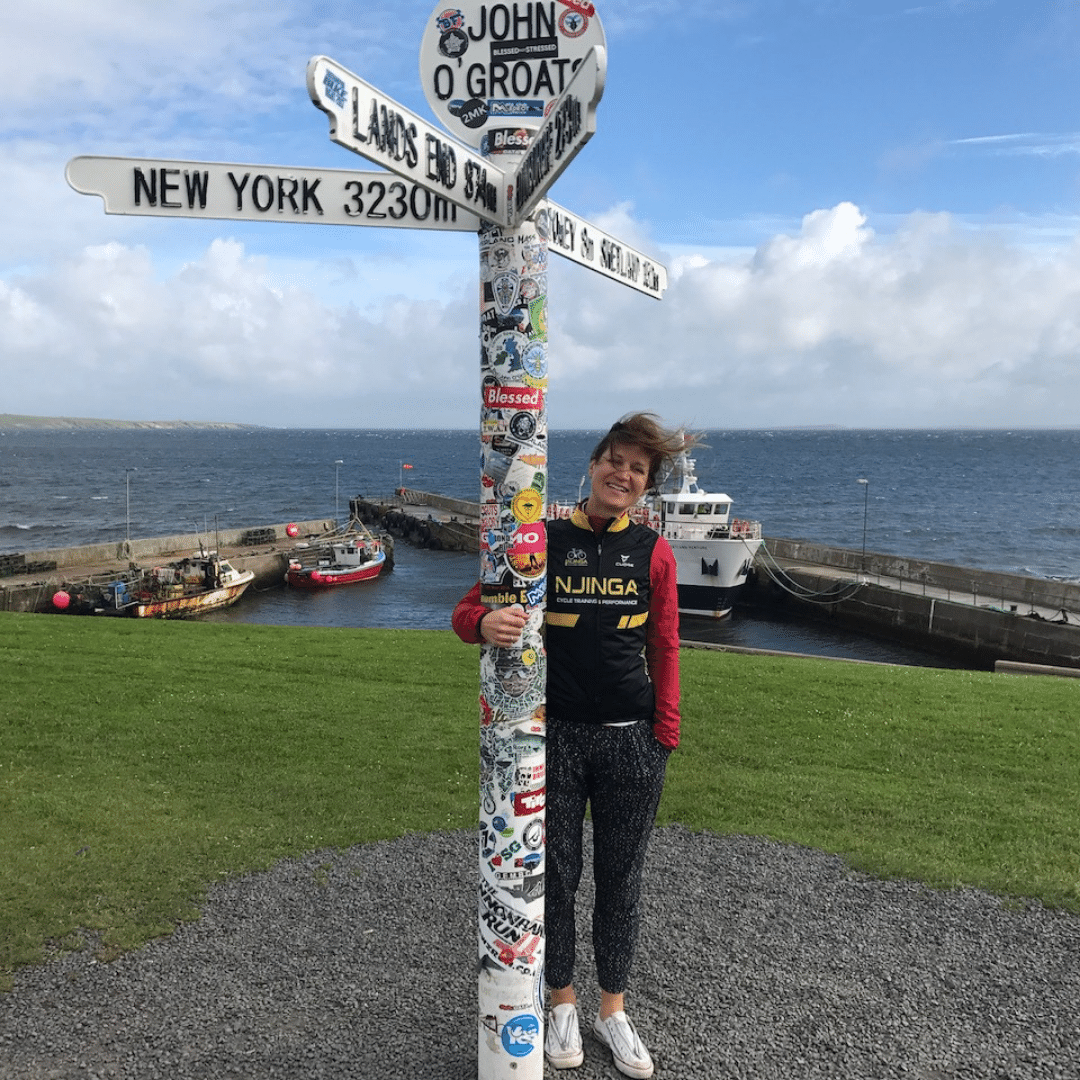 Larisa making it to John O'Groats on her epic LEJOG cycling challenge. 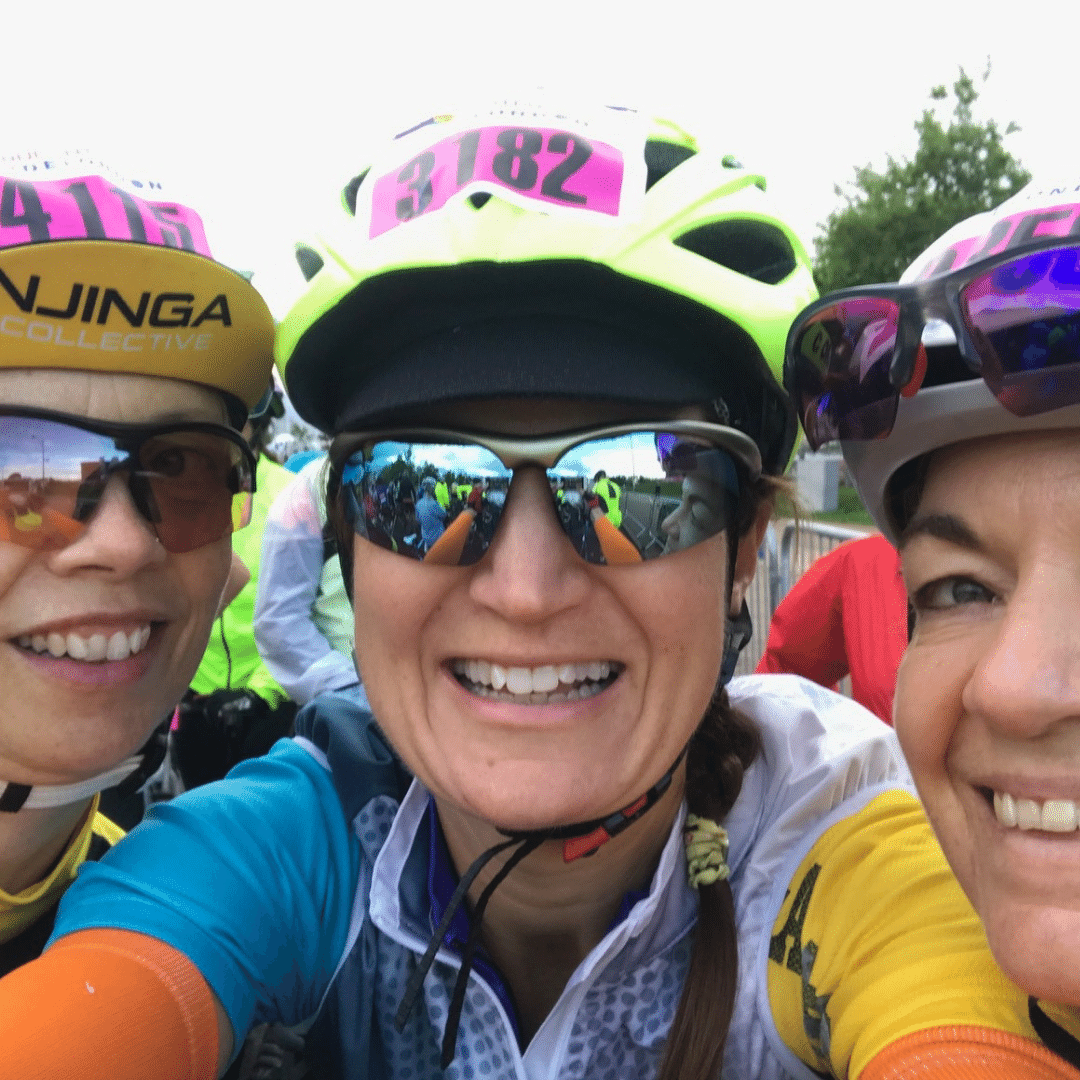 Larisa with fellow Njinga riders at the start of Ride London. 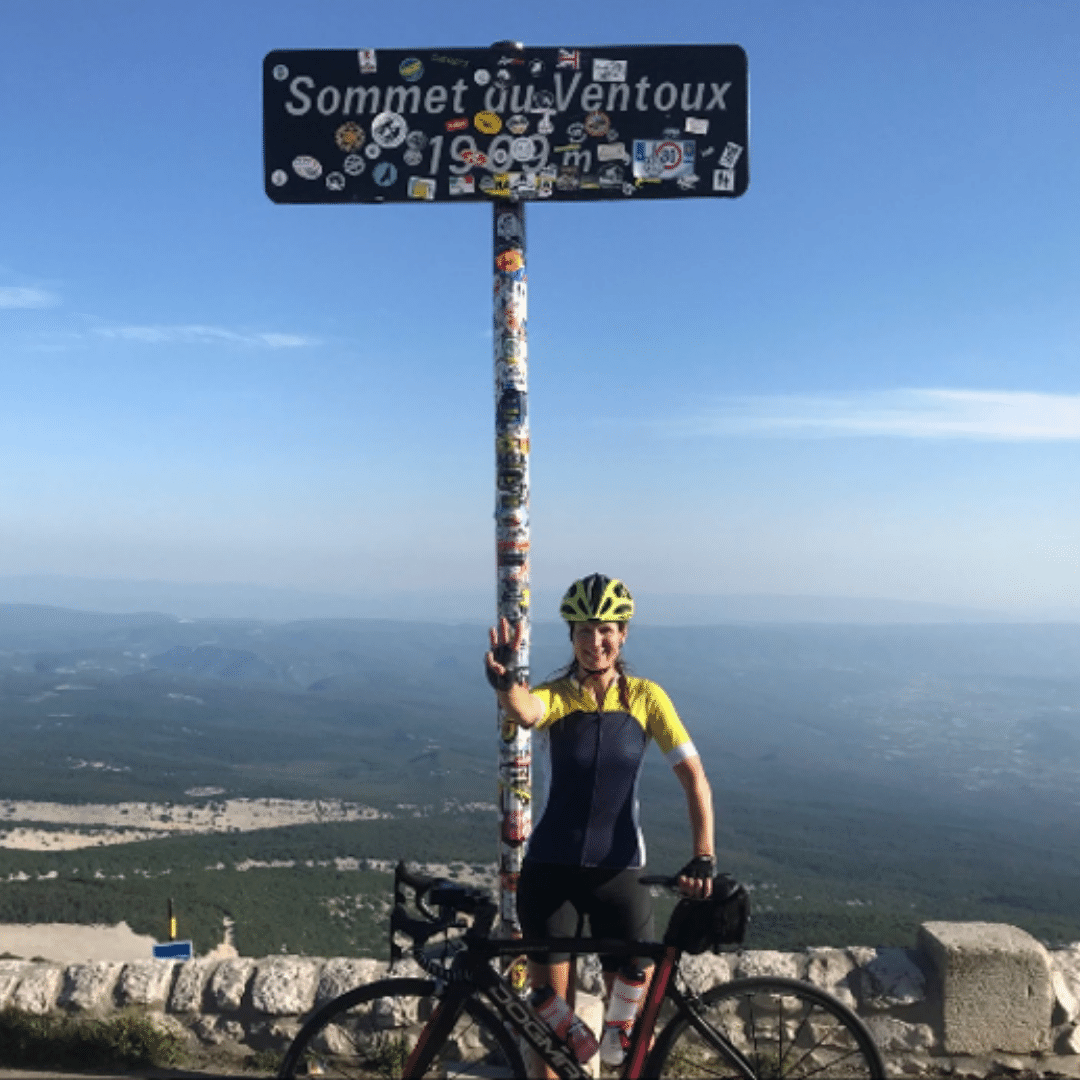 Larisa at the top of Mont Ventoux having conquered the epic climb 3 times in 24 hours.

I really believe that the combination of training, nutritional, and recovery advice that I received from the Njinga team is what helped me achieve my Ride Across Britain goal.
WHERE IS LARISA NOW?